Are they the same Organic Honey? Or different?Is raw honey and organic honey the same thing?In this short post we clear the myths behind each of these labels.? Honey is honey that has not been pasteurised (heat treated) above 45C and has not had its pollen filtered out.It frequently crystallises quickly due to its high pollen content.

Examples of raw honey include raw honey sold on the internet, in independent food shops and local honey sold at farmers markets.Supermarkets do not sell raw honey because they crystallise quickly. And when honey begins to crystallise, unaware consumers stop buying it because they think it has had sugar added to it.

What Is Organic Honey?

is honey that is free of chemicals and antibiotics.Organic has been independently certified to come from a bee hive that is 5 to 8 miles away from the nearest artificial chemical source, i.e. roads, factories, houses, etc.

This is why no honey produced in the UK is organic, because it is not possible to place bee hives 5 to 8 miles from pollutants in the UK due to the population density.

It is illegal to sell or market a honey as “organic” if it has not been certified by a government approved organic control body.

Is Raw Honey And Organic Honey The Same Thing? No. Raw means not pasteurised or filtered. Organic means certified free of chemicals.

So honey can be raw and organic, raw but not organic and organic but not raw. They are two different things.

For example, honey produced by a local English beekeeper is raw but not organic, and organic honey sold in a supermarket is organic but not raw.

What Is Pure Honey? What Is Active Honey?

Active honey is honey that has been independently certified by a food testing laboratory to have antibacterial “activity.”

All honeys possess some antibacterial activity, but only honeys with an activity rating of at least 10+ are considered to be beneficial to humans.

Manuka is the most common honey marketed with an activity rating.

What Is Manuka Honey?

Manuka honey is a type of honey that comes from bees feeding on the manuka bush in New Zealand.

It is good honey but many people believe it is overpriced and over-exaggerated. There is a lot of fake manuka honey on the market.

It is very difficult to buy genuine manuka honey.

What Organic Honey Is The Best?

Avoid supermarket honey as it has been pasteurised (heat-treated) in a process that kills its beneficial living nutrients. It might also contain antibiotics harmful to humans. 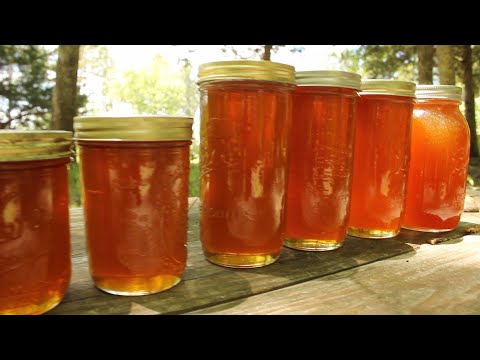 KrishiBazar.com.bd
0 out of 5
Store temporary Off
Added to wishlistRemoved from wishlist 0
300.00৳
9%
Seller information
Green Me